Violists Really Are the Smartest

Violists Really Are the Smartest 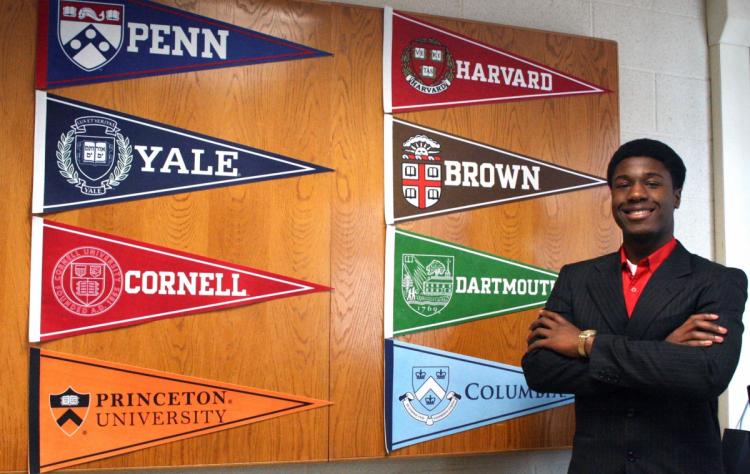 This kid, Kwasi Enin, got into all eight Ivy League schools (that’s Brown, Columbia, Cornell, Dartmouth, Harvard, Princeton, the University of Pennsylvania, Yale…wow!) along with several other universities. Not only does he have an impressive academic track record (2250 on his SATs and 11 Advanced Placement courses), but he played viola in his high school orchestra as well! While he hasn’t continued playing while at Yale, he has opted for one of the famous a capella groups called the Society of Orpheus and Bacchus.

It didn’t hurt that Enin wrote his college essays about music even though “he simply enrolled in orchestra to meet a state requirement.” Here’s an excerpt from his winning college essay:

Music has become the spark of my intellectual curiosity. I directly developed my capacity to think creatively around problems due to the infinite possibilities in music. There are millions of combinations of key signatures, chords, melodies, and rhythms … As I began to explore a minute fraction of these combinations from the third grade onwards, my mind began to formulate roundabout methods to solve any mathematical problem, address any literature prompt, and discover any exit in an undesirable situation. … Lastly, music has become the educator that has taught me the importance of leadership, teamwork and friendship.

Kwasi’s not the only violist kicking butt. Drew Alexander Forde is continuing to rock the internet with his 62K Instagram followers.

When will we have the first viola playing President of the United States?